In 2006 work began on the results of the excavations of the campaigns of 1990, 2000 and 2001, which took place in the western area of Ashur. It concentrates on material from the uppermost layers of Assyrian and Parthian settlements found in trench 1. Of course a continuation of fieldwork in Ashur is not possible for the moment, due to the present political situation in Iraq. Therefore, at least some results shall be published, soon. A monograph “Untersuchungen im Stadtgebiet von Assur: Wohnquartiere in der Weststadt. Teil I“ is planned. Architecture, small finds and cuneiform archives will be presented. The team participating in this publication consists of Karen Radner, Franciszek M. Stepniowski and Peter A. Miglus. 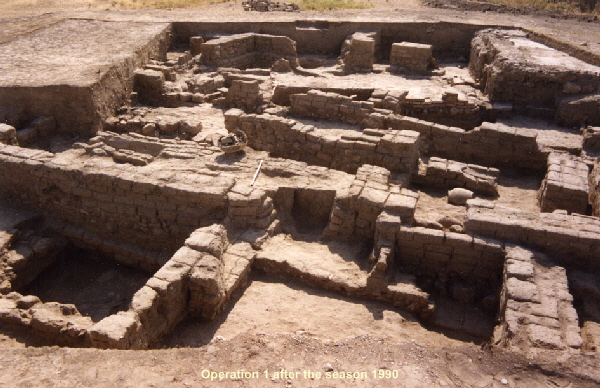 The project aims on working off entities of finished fieldwork in operation 1, where an area of 900 m² was excavated. Beneath the Parthian horizon, which is represented by graves mainly, a Neo-Assyrian residential area was situated. Between two streets parts of nine or ten private houses were excavated and documented in their architectural and functional changes. Many household items and installations were preserved. 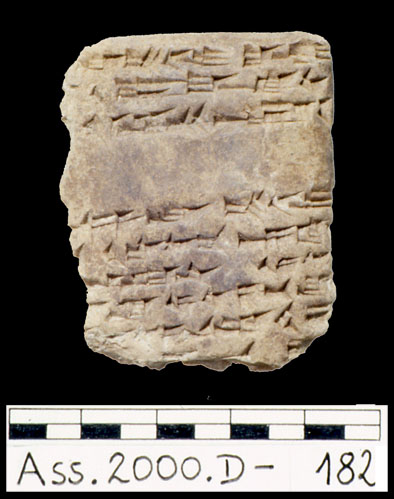 Special attention lies on the traces of decline, when the city of Ashur was occupied and partly destroyed by the Medes in 614 B.C. The following implosion and collapse of the Assyrian state is reflected by a rapid dissolution of the urban structure which lost its political support and economic basis. These data allow a functional analysis of the residential area with its different construction levels and phases in the second half of the 7th century B.C. Furthermore the collected results of several fieldwork campaigns – the old German expedition 1903-14 (Miglus 1996), and the recent German (Hrouda 1991; Wright 2000; Miglus et al. 2000 und 2002) and Iraqi (al-Hayani 2000; al-Duri 2002) investigations – help to fathom out qualitative and quantitative conditions of living within the late Neo-Assyrian city’s centre and to reconstruct the infrastructure, a.o. parts of street network within this area.

In the planned publication household appliances and cuneiform texts found in these houses will be published together. Several preliminaries are already published in short reports (Hecker 1991; Maul 2000; Radner 2000). The complete edition of cuneiform texts (the archive of the merchant Duri-Aur with 78 texts and the smaller archive of an Egyptian family with 15 texts) is undertaken by K. Radner. During the campaign in 2001 she was able to work on those texts which were found in 1990 and that are now in the Iraq Museum in Baghdad. The prior step for creating an edition – the making of copies and transliterations – is nearly completed.

The project was funded by the Fritz Thyssen Stiftung